The enlightenment teaching of the Essene was known as THE WAY.  This teaching became the final interpretation on the Law and the Prophets, as revealed by Yeshua Messiah.  The Way also became the transitional teaching into the early church.

In ancient Egypt, pharaohs would usually rename kings they had defeated in battle.  To rename these kings was intended to diminish or ridicule and to assume a pronounced or final authority over them.  For many decades egyptologists and historians had trouble matching up historical records.  Kingdom periods were hard to designate and often a jumble.  Historians finally realized that the defeated kings were afterward listed by their newly designated name, and pharaonic records were then clarified.

When Adam ‘names’ he defines and provides order;
The power of speech is enhancing; the spoken word asserts power.

When God gives Adam the power to name the beasts of the field, He also gives Adam authority over the natural world (Gn. 2.19-20).  From a biblical perspective, proper naming implies certain wakefulness or an enlightened state.  It essentially requires a person to function as the awakened Adam-man.

You may never have felt the movement of the kingdom within or the anointing of the Shekhinah.*  However, if you will begin to observe how you name, and then make positive changes in naming and general speech, your world will become positively defined, you will begin to experience a more enlightened state.

Why should the power to name have such importance and impact?  The first thought-words spoken in the Hebrew Bible are by God, “Let there be light; and there was light.” 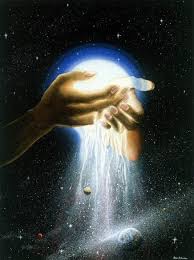 Speech denotes, speech creates!  The spoken word has been with us from the beginning!  Speech, our expression of thought and emotion, denotes us, defines us.

Psalms 34.15 instructs to, “Keep your tongue from evil and your lips from speaking guile.”  Proverbs 15.4, “A wholesome tongue is a tree of life, but perverseness in it breaks the spirit.”  In Proverbs 18.21, “Death and life are in the power of the tongue, and those who love it will eat its fruit.”

Negative naming delivers a stunning confusion into the mind and results in a literal loss of consciousness for man.  Man falls from the enlightened state of specificity into his own brand of mixed and improper naming.  Eve misnamed the forbidden fruit as ‘good’ (Cain I), and Adam partook of this naming as well, and both ate.  The descent into flesh became completed even as their actions followed their naming.

The lesson is to start naming toward the good.  Don’t weaken yourself by taking the bad unto you by naming the bad.  “I can’t live without her (him),” becomes, “God is bringing me into a new pathway.”  “I have been abused and I still carry this hurt,” becomes “I am still here and God makes me strong, for myself and for Him.”  There is no situation that cannot be brought before God and the good which God wants you to have.  To rename unhappy circumstances opens the door to renewed growth.

How you speak will have a great deal to do with what you receive.  If naming after the good (the Tree of Life) is not applied, how can a person discern what is good and what is bad, since no real standard has yet been established?  In the garden, Adam and Eve did not eat of the Tree of Life first and thus gain discernment.  They instead ate of the Tree of Good and Bad.  In essence, they adopted the standard of loss of discernment.  They lost their light (naked) and were without power.  Helpless within the vicissitudes they had created, they would continue to create the same or similar circumstances. 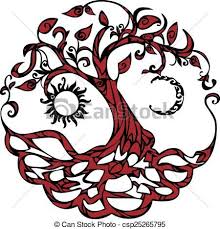 Speak toward the Tree of Life, then eat of its fruit.

Speak toward the Tree of Good and Bad

and your life becomes mixed and muddled.

In Matthew 20.32, Jesus asks of the blind men what they want him to do.  Their reply is, “Lord, that our eyes may be opened.”  This scripture and there are many others, illustrates that Jesus never shows sympathy, or to sympathize with another’s lesser condition.  Jesus always speaks or asks, and it is then he takes action.  Sympathizing with a condition of lack, or of injury, keeps it in place?  Thoughts matter, but spoken words give life to thought.

Attitudes and thoughts, your words, precede you into every circumstance of life.  Rename improper attitudes, rename improper thoughts, be attentive to how you use speech.  Be relentless in the practice of speaking the good Word, and you will begin to produce a new life for yourself.  Proper speaking, proper naming, and other similar actions initiate a pathway that will teach and prosper you.

Speaking properly, speaking with discernment between the good and the bad eventually allows for values to be more easily differentiated.  While engaging in proper speaking Walking in the Way becomes distilled.  The further steps you need to take become more clearly envisioned.

Who Do You Trust? 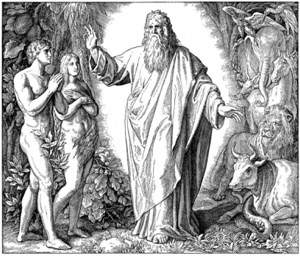 God in the garden with Adam & Eve
after they have partaken of the forbidden fruit.

God entrusts man (Adam) with the power to name.  With this trust to name, Adam also has responsibility for his naming, and with this responsibility he is given headship.  Since we all share the world, within our daily lives all of us must exercise this headship.  The lesson is straightforward for Walking in the Way: you have headship, you are responsible for how you name.  A lazy mind yields no fruit!

Just as He did Adam, God has put His trust in you to properly name things.  Trust is not ubiquitous, it is not everywhere; there has to be something to trust in.  Love may be proclaimed for all, and love may be sent out to the whole world, but trust is ‘case-specific’.  It is with trust that the firmer relationship with God begins.  God gives us His trust as He gives us the power to name.  That we should all ask, how well do I handle such trust?

Let us revisit the garden once more.  At first, Adam only tended what God had provided in the garden (Gen. 2.15).  Now God gives Adam a direct responsibility, a responsibility which carries with it the power to designate or to differentiate.  In naming the animals Adam takes his first real step in responsibility.  This step is taken through the power of speech.  Just as with Adam, your naming becomes specific and precise.  Naming becomes the first overtly directed action Adam takes.  It is a major step forward for Adam in relationship to God.  So it is for us.

Sow seed for relationship to God through speech.

We share with Adam this spiritual power to name, not only relative to how we name ourselves, but how we name our circumstances.  If you see yourself as struggling through the wilderness, your thoughts and your spoken voice will have you behaving as a fallen man.  The counterpoint is to Walk in the Way and change how you speak, thus you become plucked out of Cain-mindedness, fallen-mindedness.  ‘Righteous naming’ comes from the spirit of God.  ‘Unrighteous naming’ comes out of the nature or spirit of man, and just as with Cain “sin will crouch beside you.”

The earthbound-child limits his seeking only to the world he sees.  He will discover some good and some bad.  His mind will be completely absorbed with physical things but will miss the over-brooding knowledge and power to rend the physical veil (see Lazarus) and step forward into the spiritual light our Father has given us.  With the difference in results, one begins to see how important it is to name oneself as Child of Light, Child of God, or follower of Jesus.  Naming yourself a Child of God or Child of Light is the first step in opening God’s great knowledge and wisdom.

Communing with God by speaking the Word enhances shared knowledge and a deepening presence with Him, and instills relationship and faith.  Relative to this previous statement prayer cannot be emphasized enough.  Adam is awake as a soul, he knows God, he is enlightened in his communion with God and speaks positive naming from the kingdom within.  Prayer works in just the same manner.  True prayer is given power as the prayer issues from the spirit (kingdom), spirit to spirit (Mt. 10.20; Jn. 3.6, 6.8, 4.24: “worship Him in spirit”, 6.63).

Adam works with God even as Adam names, and the situation is similar with each person.  Working with God becomes an empowering and exciting experience, a soul adventure that no experience in this physical world can replicate.  The famous biblical quote in Matt. 7.16 applies to naming quite well: “You will know them by their fruits.  Do men gather grapes from thornbushes or figs from thistles?”  Upon close inspection, the fruit of how you name, which also refers to the fruits of your beliefs, will always be apparent.