In this article, the world inherits the many failed standards of Cain.

The last phrase of Gen. 4.13, “anyone who meets me will kill me,” poses quite a problem.   Who are these ‘anyone’s’ Cain refers to?  We know these people cannot be his siblings, for Cain will no longer be living in Eden.  Who, indeed, can these ‘anyone’s’ be?  They are other human beings, but humans who may know nothing about God.

As we continue, apparently God agrees with Cain on this point concerning the term ‘anyone’, for, in v. 15, The Lord said to him, “I promise, if anyone kills Cain, sevenfold vengeance (seven generations) shall be taken on him.”  Cain is sent away.  The unenlightened human race now awaits the wrathful Cain.

Cain’s new life begins within a society lacking developed culture.  It is here he takes a wife, although Josephus says he took his wife (sister) with him.  Nonetheless, he probably lives among people whose assets are few, almost certainly living in a more neglected condition.  Cain is a wanderer, but not yet a part of a more organized nomadic culture.  He and his family will not dwell in the nearby garden environs, they will live hardscrabble.  Cain will later enter into nomadic culture, later he will build a city.

To give a final settlement on Cain, God lays a mark upon him so no one will even attempt to kill him.  Finally in v. 16, “Cain left the presence of the Lord and settled in the land of Nod, east of  Eden.”

In chapter 4 verse 17 we begin a whole new story.  “Cain knew his wife, and she conceived and bore Enoch.  And he then founded a city, and named the city after his son Enoch.” Cain founded what modern scholars reference as the city of Eridu.  However, there is much left unsaid in the above scripture.  Josephus supplies a broader treatise on Cain and his activities. 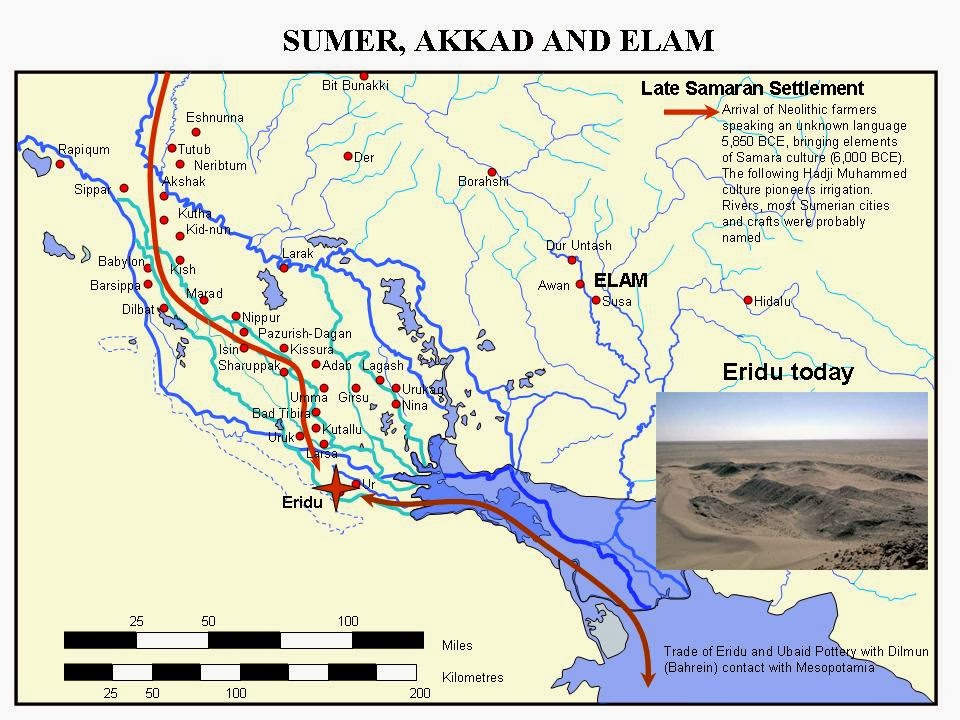 Josephus tells us that Cain does not “accept his punishment in order to amendment, but to increase his wickedness,” and that he procured for his own “bodily pleasure, though it obliged him to be injurious to his neighbors.  He augmented his household substance with much wealth, by rapine and violence” (Ant. 1.2).  Just as Cain perceived himself as ‘gaining’ when he killed his brother, Cain abuses his neighbors to gain according to his lust… and “became a great leader of men into wicked courses.”

Cain gained great wealth by pillaging and subduing the land.  It is here that Josephus makes a curious statement:  “He also introduced a change in that way of simplicity wherein men lived before, and was the author of measures and weights.”  Why would simplicity and weights and measures be contrasted in the same sentence?  What does all of this mean?

Cain builds the first walled city, not as a convenience, nor to keep the wind out of his camp.  He builds the city to protect his loot.  Cain develops measures so he can make boundaries on the lands he has conquered, and therein tax according to the lands’ yield.  Essentially, Cain establishes the first government, and he is not about doing good.  In other words, weights and measures are inserted into this world after an unrighteous reason, and not to assist mankind, except to assist Cain.  Cain does not develop weights as a standard for commerce, so much as to weigh metals, grain, and other produce to give ‘measure and weight’ to his own wealth.

We have now entered into a new world of complexity at the behest of the corrupted Cain.  Cain’s mind now bends toward acquiring and pursuing gain by evil means.  “And whereas they (the populace) lived innocently and generously while they knew nothing of such arts, he changed the world into cunning craftiness.”  Josephus describes a tribal society.  Where once we have a peaceful and pastoral society, we now have a society scouring to garner wealth, a society consumed by gain.

Soon pillaged by Cain and by his craftiness, the people rectify circumstances as they may.  Or, much like Cain, they rectify as they see fit.  Godly standards cringe under the unremitting ethos of ‘gain’.  The implementation of weights and measures does not become the kind of broader success or accomplishment many of us would envision.  Counting, measuring, numbering, and categorizing may free man by the ease of use, but weights and measures may also be used to extract a cruel toll.  Weights and measures spur gain for their own sake, today referred to as the love of money.

Some scholars assume Cain invented what we know today as capitalism.  They are proud of Cain and the world they believe Cain gave us.  Yet, in Cain’s day, all traders and craftsmen went about their own purposes and created the capital they desired.  Capital arrived in the form of needed goods and services.  For example, Cain did not create money, yet by violent extraction rather than trade Cain accumulated wealth.  The need to quantify acquired wealth would become useful in Cain’s unbending pursuit of grandeur, status, and power.  All others would now be ‘measured’ by the same standards—the standard set by Cain.

The method of thinking and writing in ancient times often leaves unspoken intent for the reader to discover.  So when scripture is read it is sometimes useful to ponder what is not said, as well as what is mentioned.  If we take scripture as written, “And then he founded a city, and named the city after his son Enoch,” we must ask, where did Cain assemble the wherewithal to become prosperous, much less build a city?   The city itself seems accomplished by ‘measures’, or measured out, but the need for city walls derives from accumulated booty, extracted by terror and theft.

Believe it or not, Cain still has the remnants of a godly mind.  Rabbinical scholars write that Adam and Eve left the garden with ‘branches of knowledge’, of which the leaves represent the various understandings themselves.  Some of this knowledge passes down to Cain and Abel.  Later, these understandings pass on to Seth, and from Seth then to his son Enosh.  The point is, Cain’s mind is much more powerful than those around him.  Cain possesses knowledge, knowledge imparted from Adam and Eve, and would necessarily have a certain cognitive ability others lack.  However, he bends the creation power of knowledge and the intuitive grasp of matters toward evil.

The enlightened understanding remains distant from the general populace.  The populous would not be exalted in any way we know of, and we assume they are pagans.  Yet, Josephus tells us they basically lived in peace.  It may not have been a perfect peace, without squabbles or fights, but it seems clear he intends that intercourse between peoples was content on the face of it. 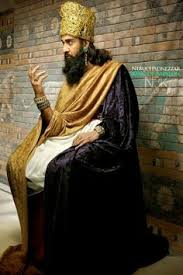 Cain’s misdirected consciousness thrusts him into the role of Destroyer,

and quite the opposite of the latter Deliverer, Jesus.

Within the allegory, Cain becomes the first true conquerer, and by his conniving ways, whether by the building of walls or the use of measures, he enslaves the people and personifies the first dictator, the first city-state king, one who taxes by measures and weights.  Because of his great knowledge, inserted into the pagan world he may have eventually ascended to priest-king status.