This article discusses Cain’s sin of omission, and how omission impacts personal pathway.

Cain does nothing to assist those around him, except perhaps adherents and other supporters, but seems intent on despoiling everything God has created.  Cain now commits what might be his worst sin—Cain tells no one, including his own family, about God.  He leaves them pagan just as he found them.

Why is this Cain’s worst sin?  Scripture gives an account of why.  When Jesus counsels that those who do not believe in God can be forgiven for not believing, and those who do not believe in him (Jesus) may also be forgiven, but those who interfere with the works of the Holy Spirit will not be forgiven (Mt. 12.32), what does he mean?  It means that those people who know about God, then intentionally interfere with or destroy God’s work cannot be forgiven for such acts.  Just as Satan did and just as Cain does, both essentially become committed to a war against His works. 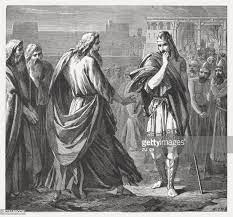 Why should this be so?  Unrighteous avenues to benefit or satisfy the self include rebellion and divination.  Crimes against man and the spirit always sources rebellion, and divination (sorceries) abrogates the seeking after God.  Divination short circuits the enlightenment into God, replaced with what may seem an answer but does not resemble true revelation.  Arrogance (stubbornness) much resembles a worshipping of the self.  Although Samuel is speaking to Saul, these scriptures describe Cain quite well.

The attribute of rebellion can become deadly to the soul.  It can lead to harsh and even violent decisions.  Perhaps more than any other attribute, rebellion compounds upon itself, indulged upon in any number of ways.  Hatred may be case-specific, but rebellion becomes widespread, enters into marriages, and work-life, and pertaining to Cain, becomes easily inherited by the following generation.

There remains another serious matter concerning the sin of omission.  Essentially, the omission leaves a vacuum in thought.  When no action is taken, there is no remainder with which to work.  Without attempting to accomplish the goal, even if misdirected, no correction can be made.   Thus, making an adjustment, stepping back, and with wisdom to rethink the situation, all remains undone, and little can be resolved from it.

The previous reasons explain why sins of omission can become so serious.  Cain has left the ‘daughters of men’ without recourse to godly knowledge, inspiration, and a higher ethic.  Vacant, and morally and ethically empty as he himself is, Cain seems intent on remaining satisfied with no action toward the betterment of mankind.

Cain may have been banished, but he may later have recanted his murderous nature and asked for forgiveness.  He may have done so at any time and changed his ways.  Now it is clear, and by willfully interfering in God’s work with others, he has despoiled God’s children, despoiled God’s plan, and has continued to murder, and he has committed this great sin of omission—that of telling no one about God.  There can be no forgiveness for Cain.

What of the sons of Lamech, of the seventh generation of Cain?  This part of scripture establishes the basic components of what will become the modern world:  nomadic life, urban life, and industry, the creation of art beyond the making of trinkets, and the making of music beyond drums, and the sword will be wielded.

Both Jabal and Jubal are the children of Ada.  “Jabal erected tents, and loved the life of a shepherd,” from Josephus, and from Gen. 4.20, “He 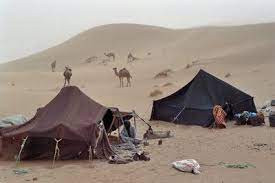 was the father of those who dwell in tents and have livestock.”  Jabal is accredited with initiating what is historically known as ‘tent people’, and advances the nomadic culture.  Many commentaries attribute Jabal as the person who creates the Bedouin culture.  Other scholars believe that the Bedouins were already existent.  Regardless, Jabal’s contribution to nomadic life would not have been after the nature of Abraham, who followed after God, but would have been after the nature of Cain, godless or pagan.

Now into the seventh generation of Cain, and having arrived at Lamech, scripture indicates that Lamech continues to pursue violence and murder.  The history of this part of the world now enters into a realm of confusion and serial revenge.  Where before a certain ground shared open grazing, now conflicts ensue for land use.  As an oasis may have once been free-right, now a tribe claims the oasis as their own.  Suspicions may grow as tribes come into contact, tribal grudges erupt and death often follows.  Tribal wars based upon long-ago events become continuous.

Gen. 9.6 attempts to resolve this issue of inherited tribal and family warfare.  “Whoever sheds human blood, by a human being will his own blood be shed.”  This is intended as a judicial prescription for solving the most serious problems between men and was intended to stop revenge killings and the family feuds which almost always follow.  As part of the Noahide laws, blood remains sacred, and to God the taking of human life is anathema.  Under Cain’s heritage men fall under a murderous malediction.  Even the creation of music by Jubal, Jabal’s brother, is pleasant upon one occasion, but upon another, the pounding of drums heightens the warlike fever.

A second viewpoint needs mentioning.  Through Jubal and Jabal, we have music and the beginning of a new societal archetype, nomad culture.  However, without Cain mentioning God, and with the lack of godliness remaining at the root, serious questions remain.  Concerning the city Cain built, Enoch (Eridu), has the populous become discontent?  Is there urban friction?  What is the social order?  Who maintains the law, and how?

When the ovens operated in the city square of ancient cultic societies we can glimpse the severe corruption present in Eridu (Dan. 3.13-30, fiery furnace).  People guilty of a severe crime found themselves thrown in.  Tradesmen and shoppers moved roundabout the city square while the screams shattered the air.  A similar godless narrative runs throughout the later attempt to erect Nimrod’s ziggurat.  It remains that Cain’s predatory nature continues to move as a spirit across the land, unabated. 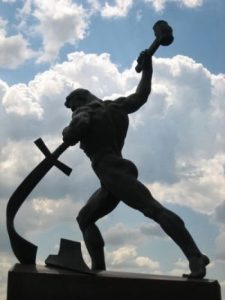 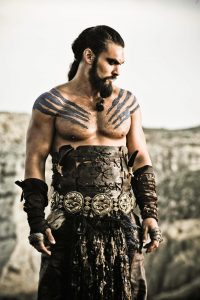 “But,” Josephus continues, “Tubul, one of the children by the other wife (Zillah), exceeded all men in strength, and was very expert and famous in martial performances.  He procured what tended to the pleasures for the body by that method; and first of all, invented the art of making brass.”  Tubul continues the tradition of Cain, yet with one important addition.  Tubul becomes the first ironmonger, one who makes weapons for war and conducts such wars.  War is now upon the land, widespread.

As to Lamech himself: “skillful in divine revelation (divination?),” as Josephus writes, “That he knew he was going to be punished for Cain’s murder of his brother… even while Adam was still alive, it came to pass that the posterity of Cain becomes exceedingly wicked, every one successively dying, one after another, more wicked than the former.  They were intolerable in war, and vehement in robberies; and if anyone were slow to murder people…and doing injuries for gain,” such a man would be outcast from them.

Seven is the holiest number in Judaism, for it represents perfection, the completed cycle, and points to a final judgment.  Josephus writes nothing more concerning Lamech.  But we now begin to see a world of war, dictators and kingdoms rising and falling, taxes, strife, theft, and the general pillaging which continues to this day.

Cain’s unwillingness to spread the word of God leads to calamitous circumstances throughout the land.  Of Tubal-Cain, nothing inhibits his behavior.  He sees no other option in the world but what he himself sees, and thus pursues.  He perceives his mission as a mighty one, perhaps much like the ‘men of renown’ mentioned in Genesis 6.4.  The object is that without God all standards become corrupted.  The result of Cain’s sin of omission, the last and most devastating sin of Cain, now also enters the world.